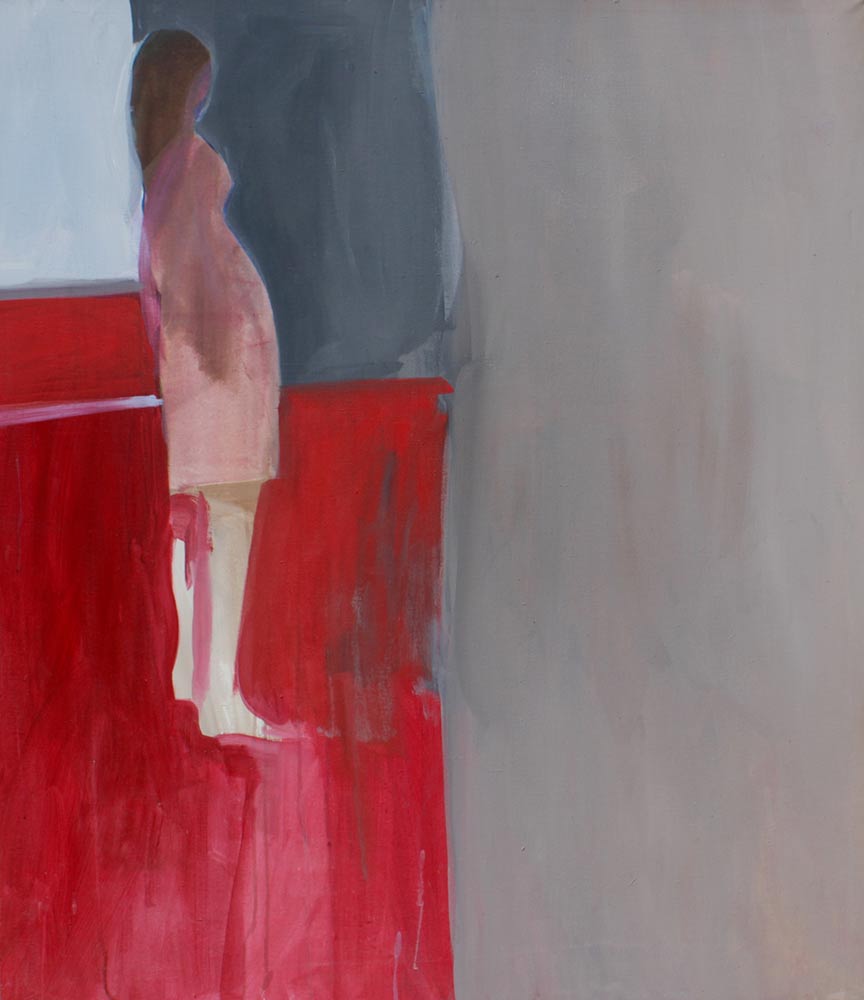 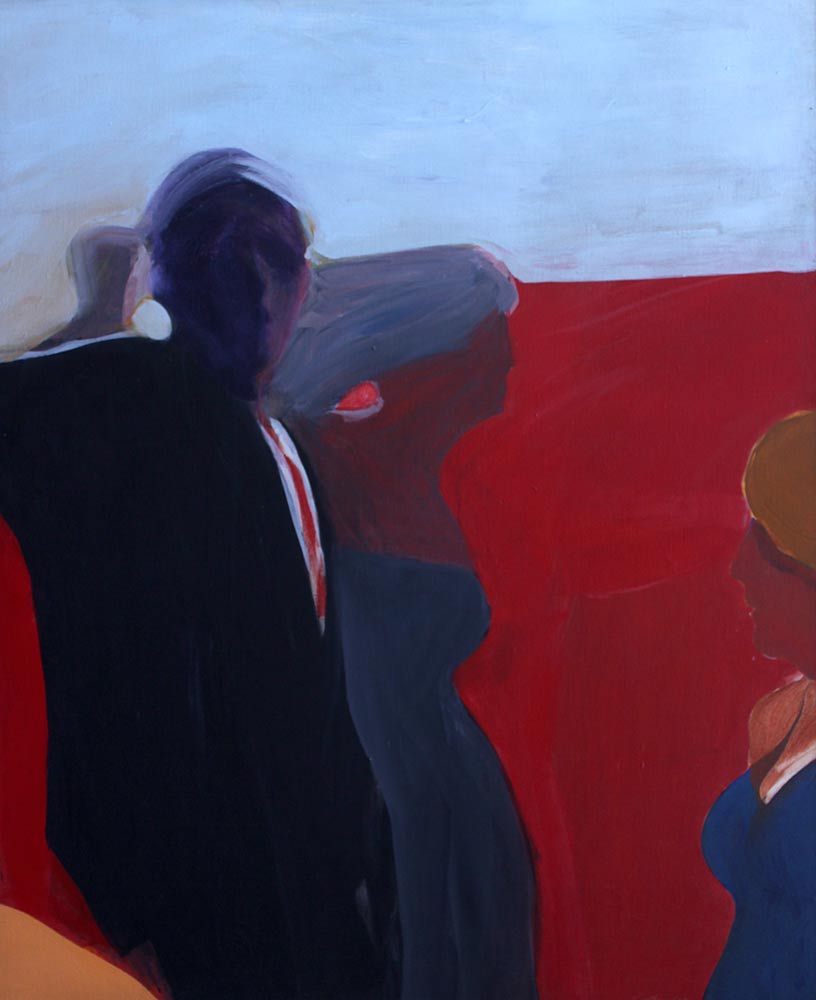 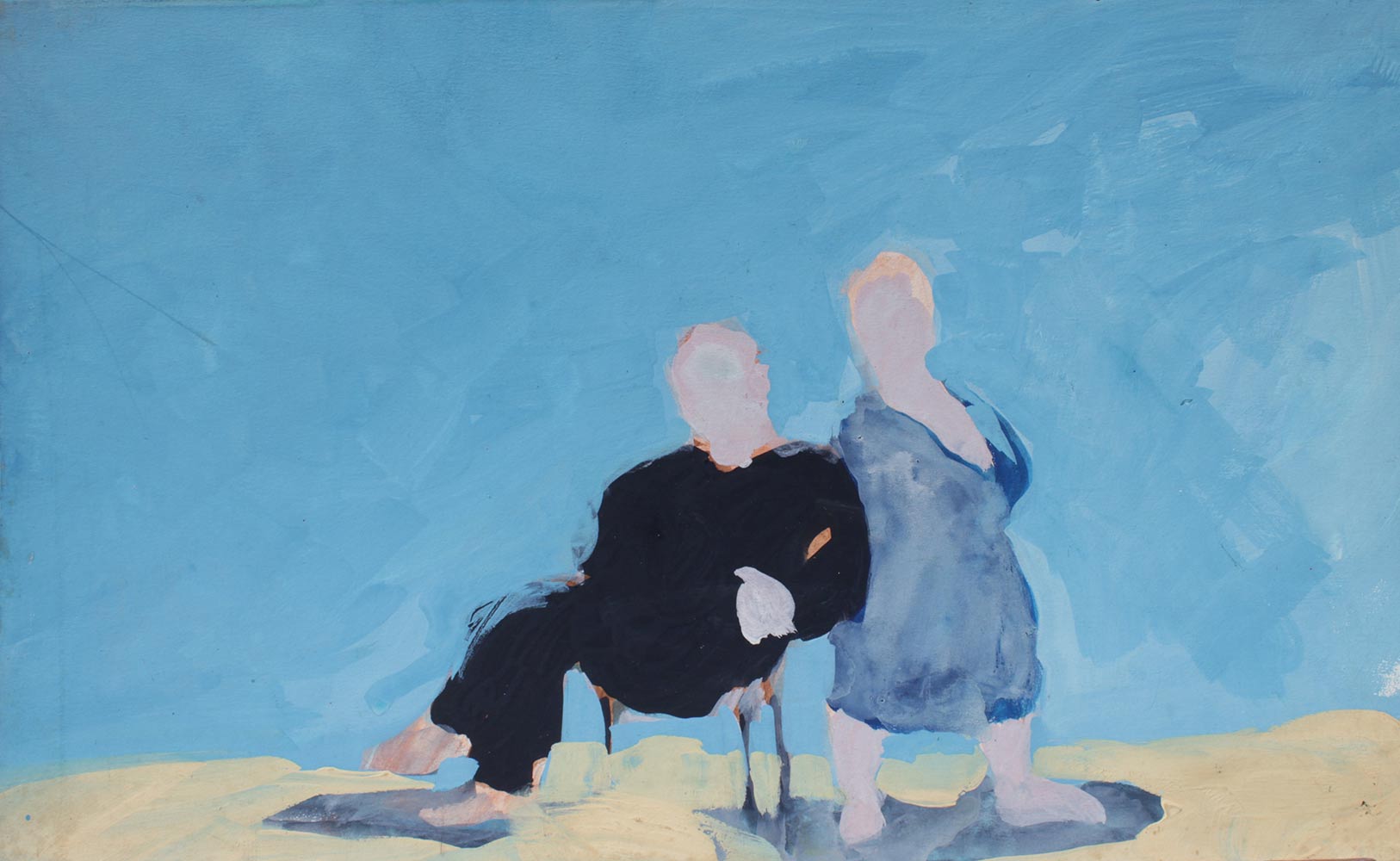 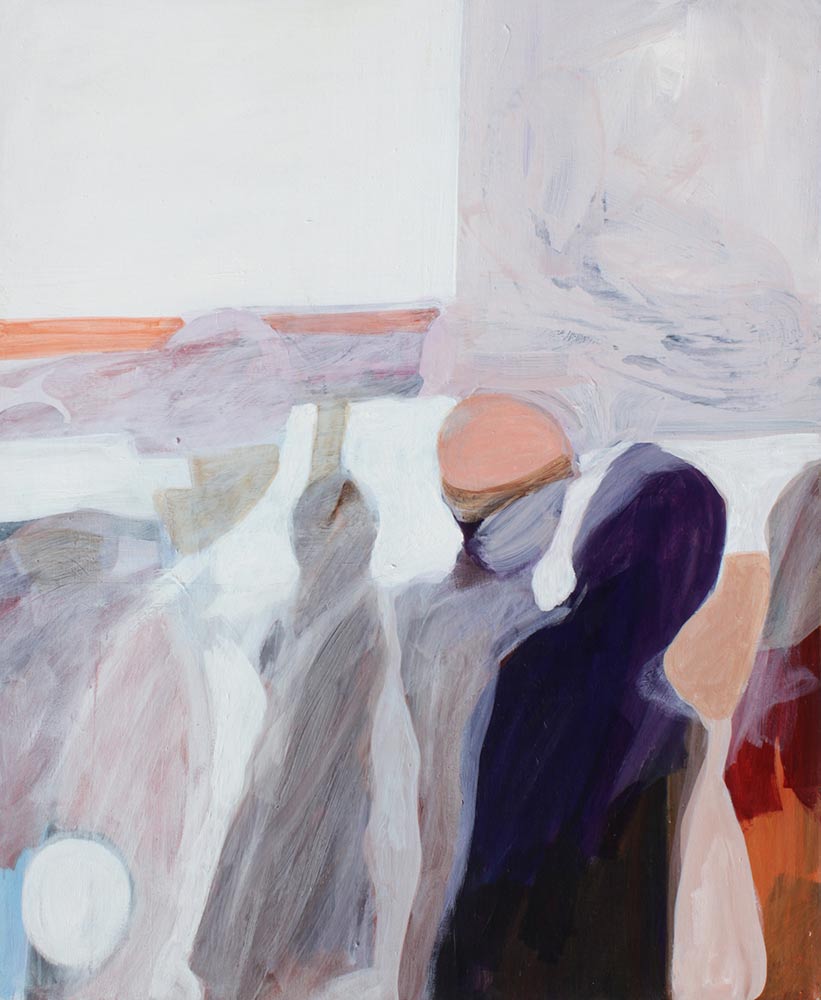 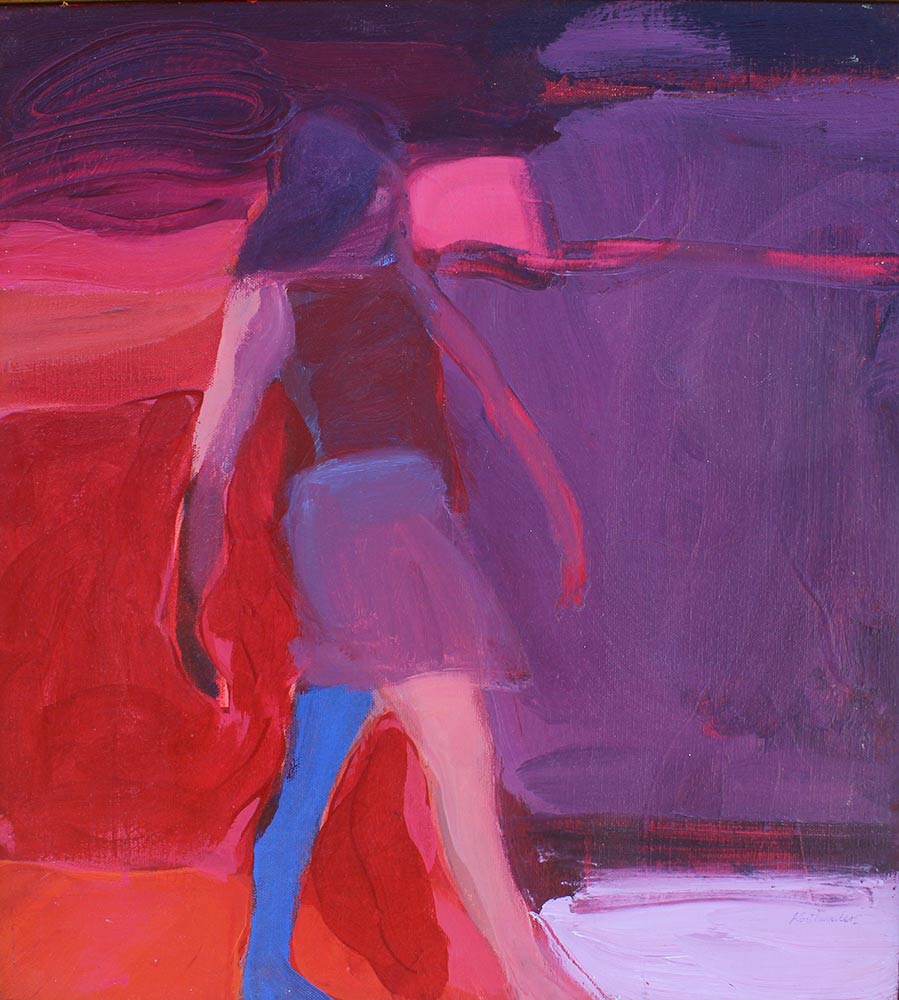 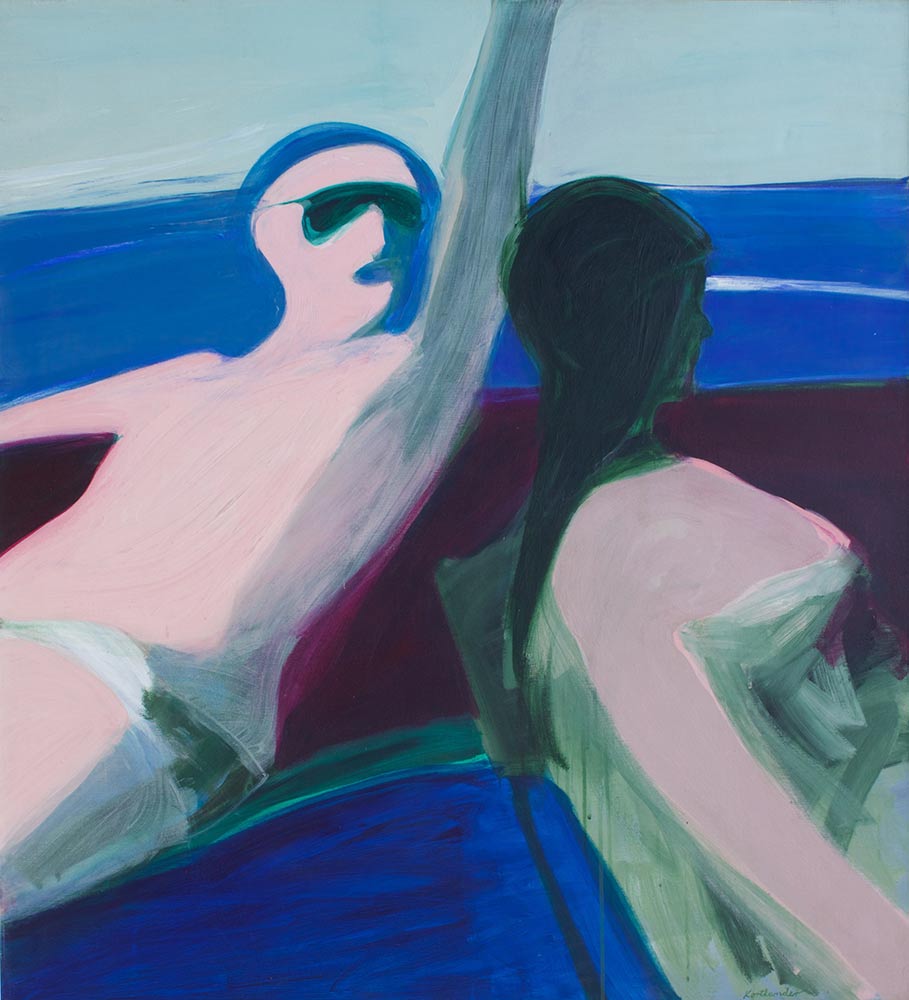 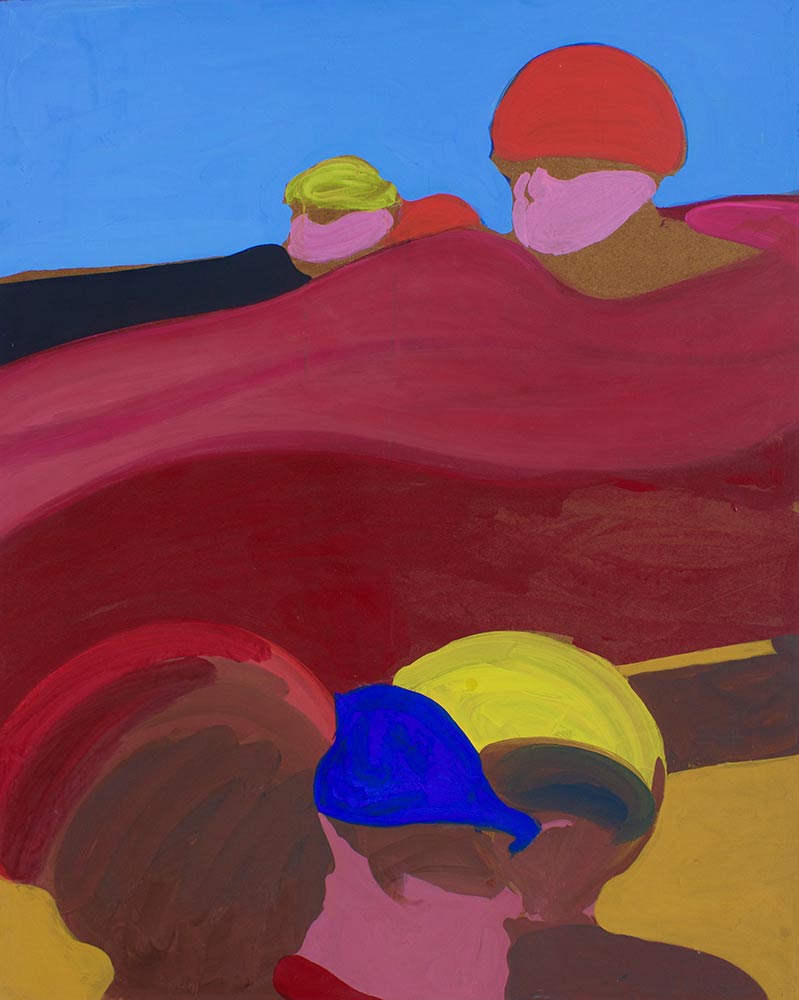 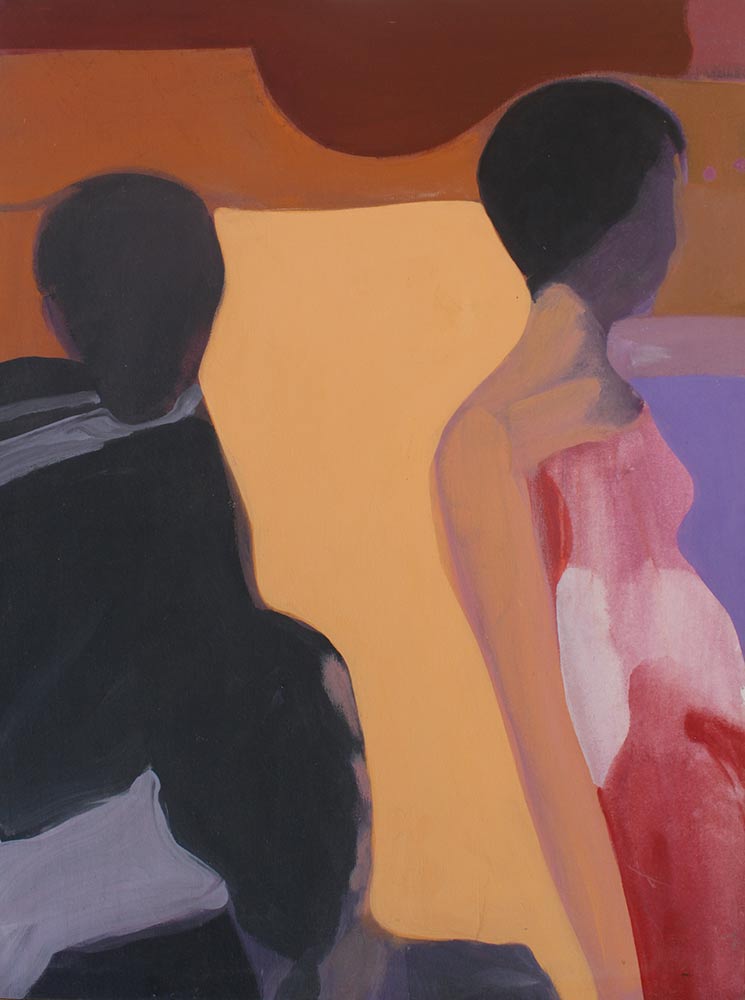 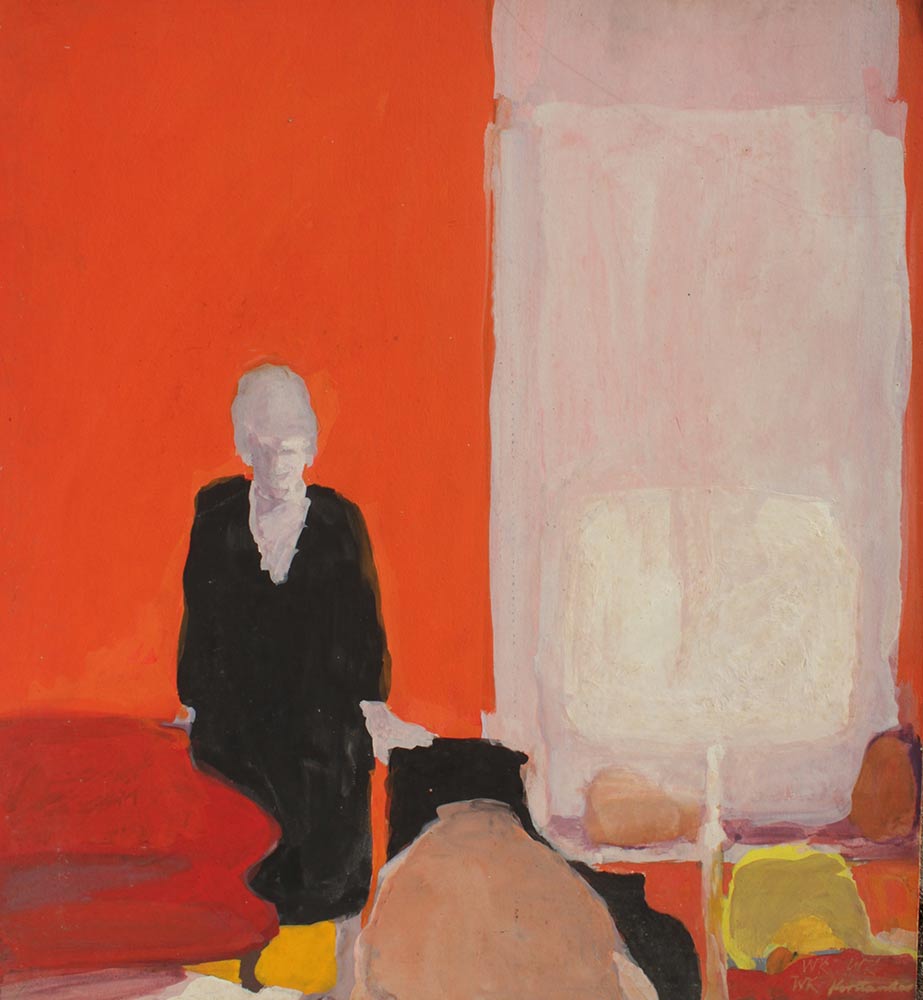 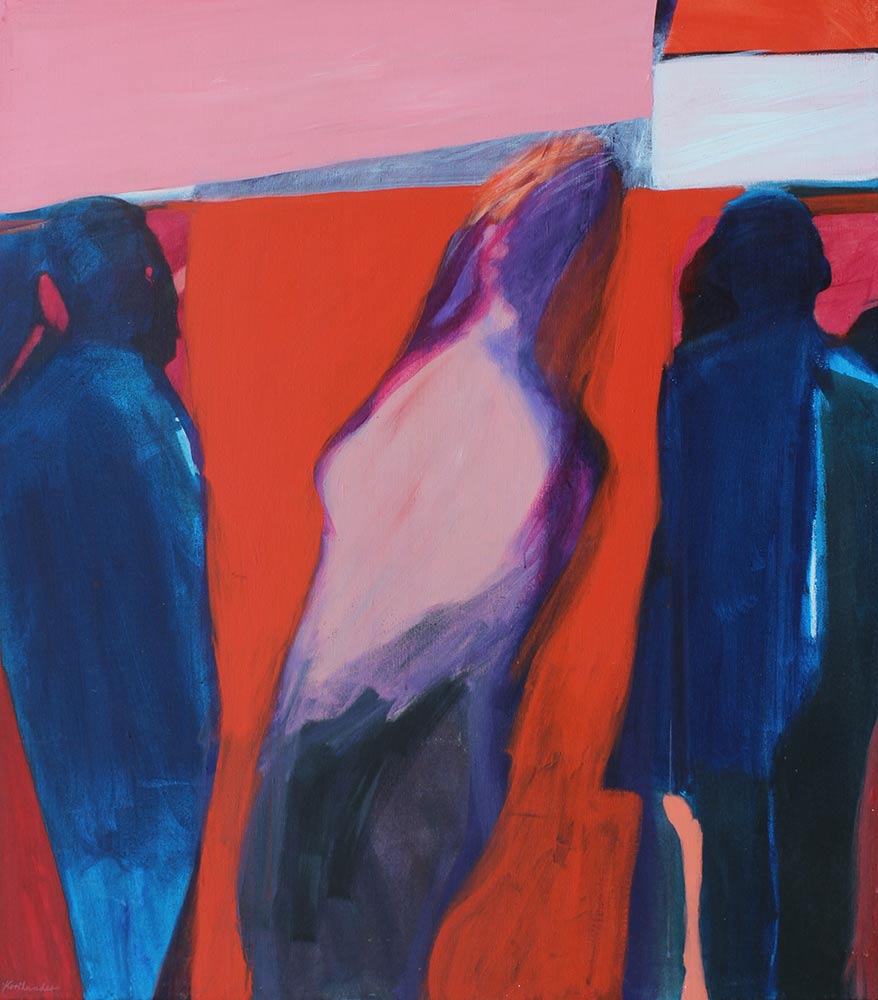 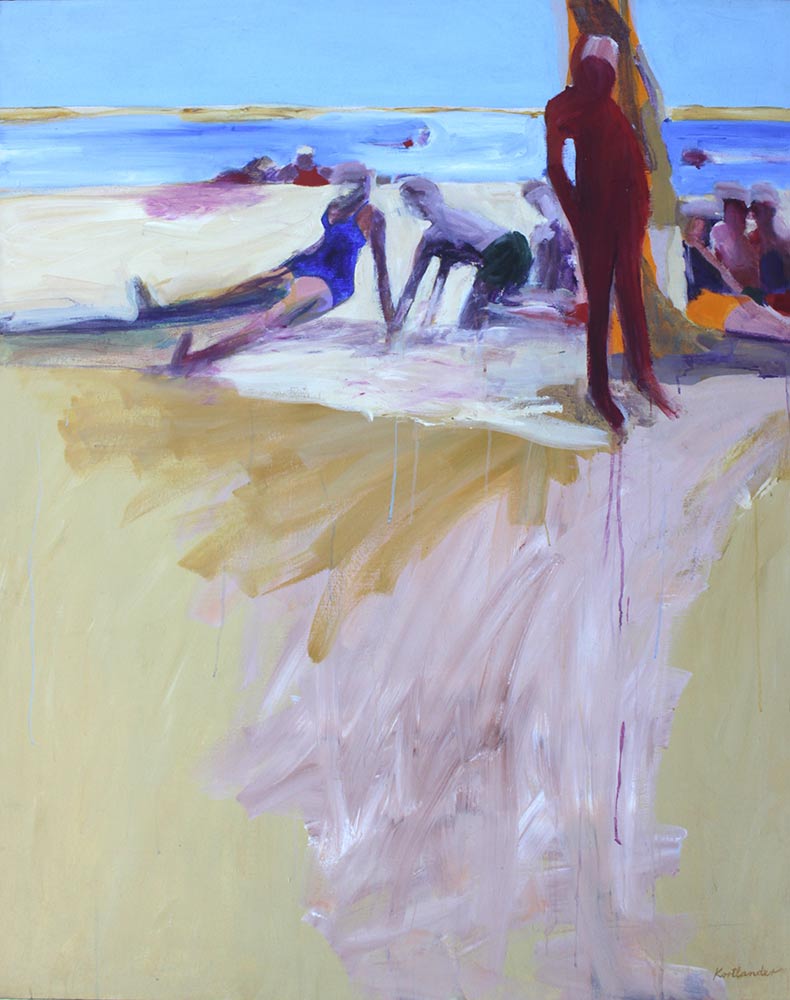 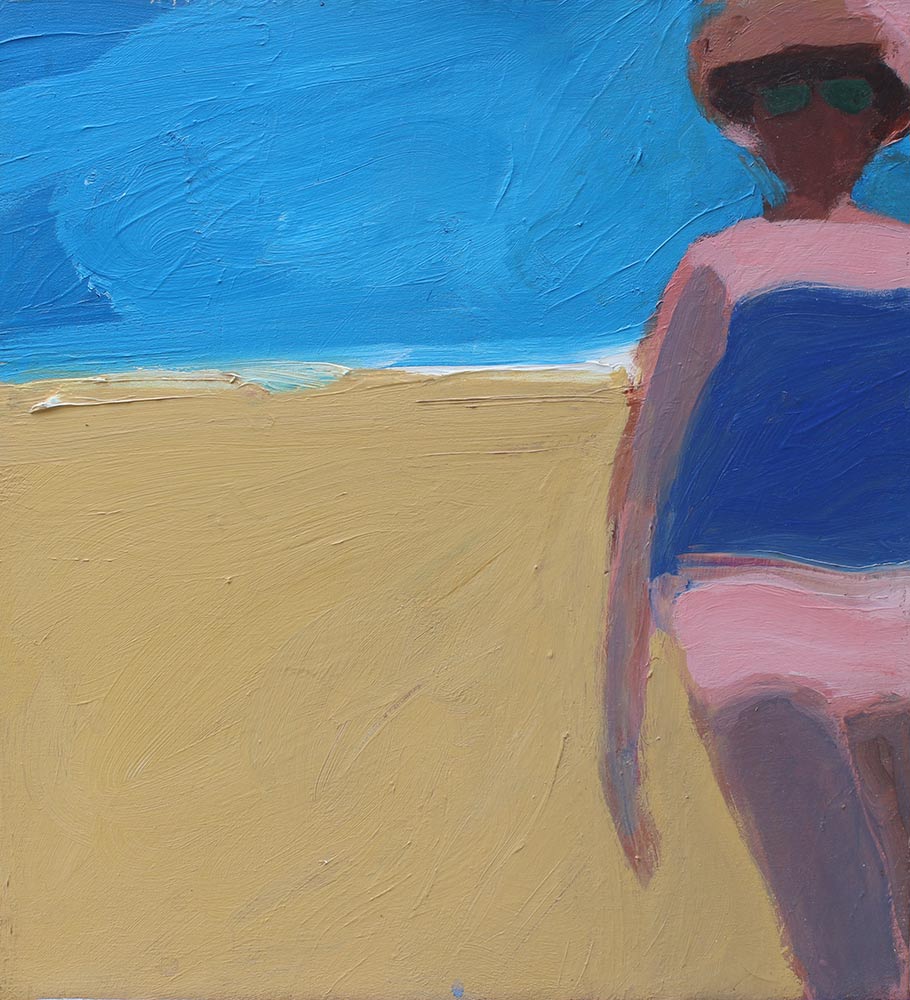 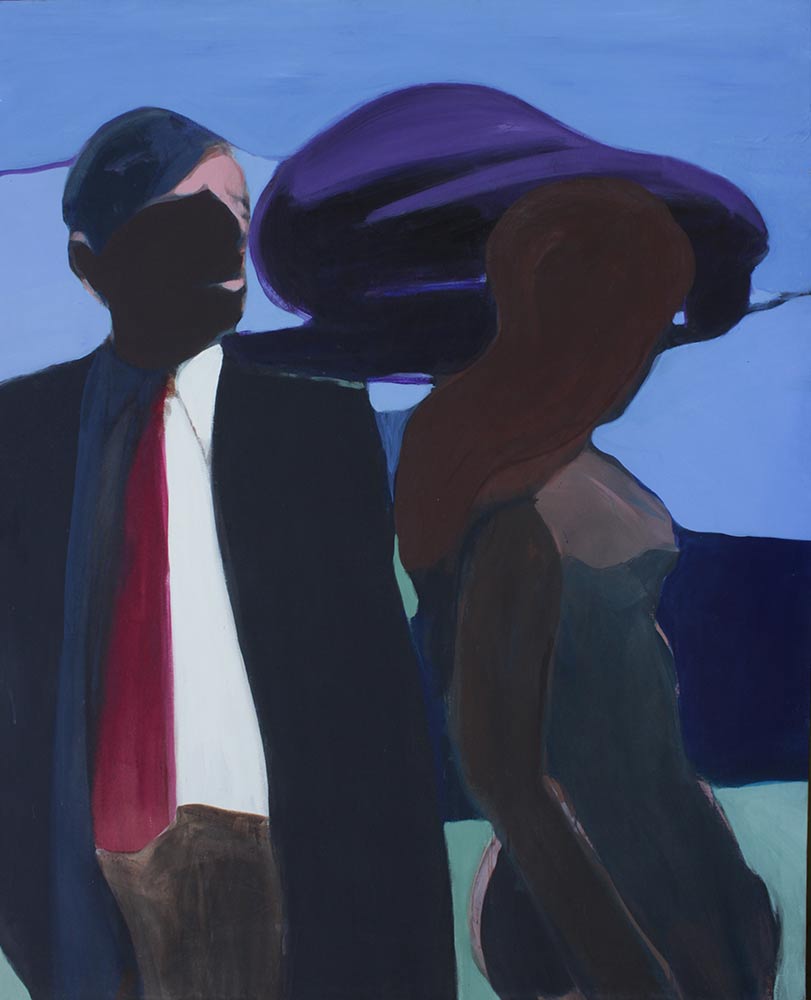 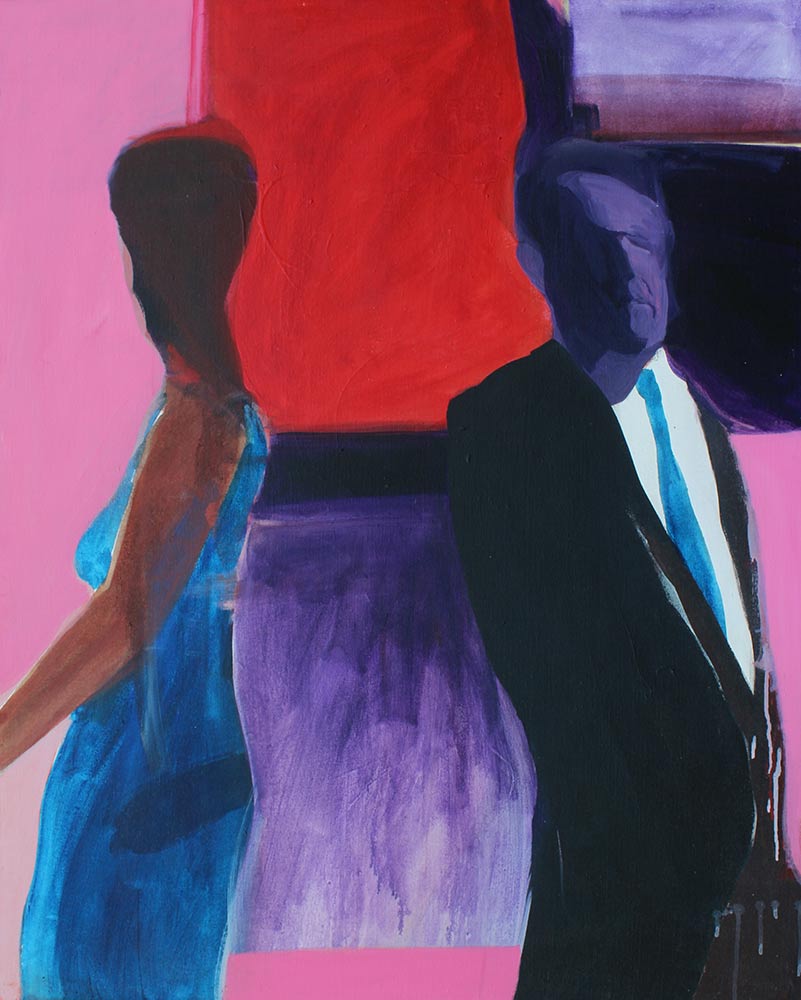 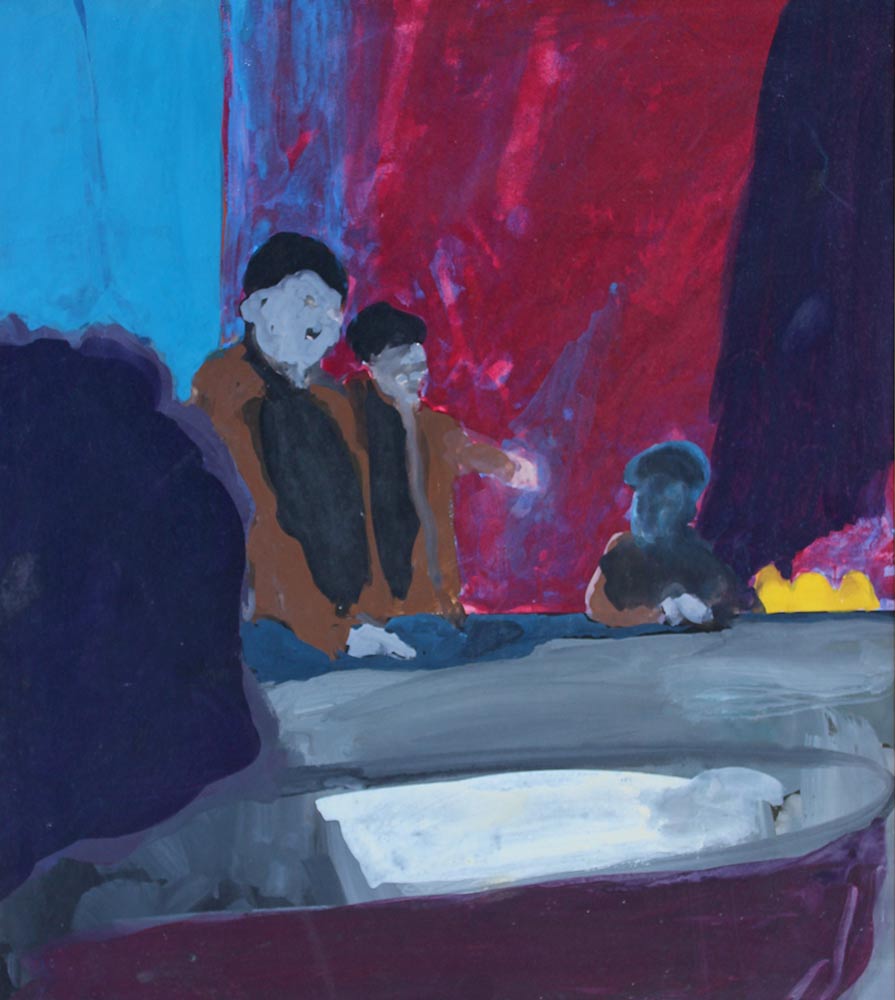 Kortlander’s figurative paintings range from documenting solitary figures and groups within ambiguous architectural spaces to figures and groups in open, possibly exterior environments. The energy in these images ranges from sedentary and pensive, to more exuberant and action oriented.  Taken as a whole, these images can be seen as capturing much of the cultural climate of the 1960’s. Yet even in groups, his figures often appear emotionally isolated from one another, and disconnected from their surroundings.  Kortlander enjoyed the overall youth culture of the 60’s, frequently listening to the Beatles and other musicians of the time as he painted, yet the enigmatic undercurrent that characterizes many of his images raises the question of what he may have continued to emotionally carry from his horrific experiences in the war.

These (figurative) paintings were often an attempt to interpret the youth oriented culture of the 1960’s. The changes that took place during that decade were fast paced and monumental, and so it was a very exciting time to be fully involved as an artist. I hope viewers will gain a sense of the energy of that era as they view these works.